Frank Bird and Jack Morton in their Ford Fiesta Rally2 won all eight stages to dominate the rally in slippery conditions. 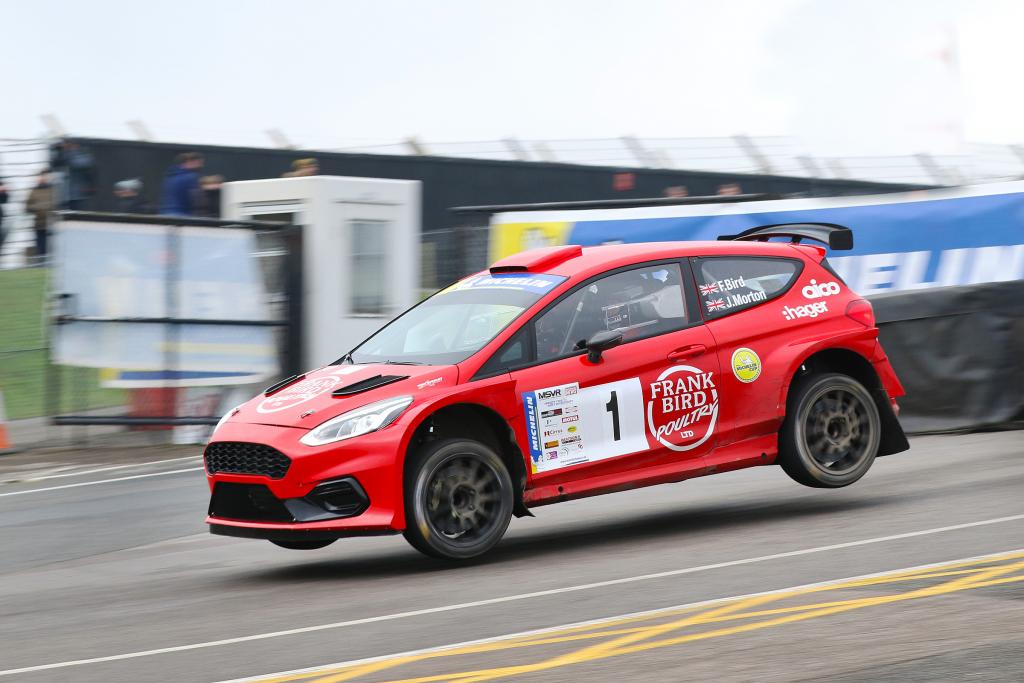 The rally started with mist lifting and a very slippery track, but Frank Bird was immediately on the pace, winning the stage by 11 seconds.  This pattern continued throughout the day, as they won every stage, to finish with a winning margin of 1 minute 17 seconds.

John Stone and Tom Woodburn got within two seconds of the winning crew on both stage 5 and 6, to finish a creditable second overall.  They were followed by Neil Roskell and Andrew Roughead, who finished just five seconds behind them.

Top 2 wheel drive car was  Joshua Davey/Tamsyn Davey in a Darrian.  After six stages they had an identical time to Jeremy Straker/Simon May in another Darrian.  They beat them on the final two stages although both crews secured class wins.

A few cars brushed tyres through the day, with perhaps the most fortunate escape being for Alistair Inglis/Will Atkins whose Ford Fiesta Rally 2 rotated against the tyre wall at Graham Hill bend on the very first stage which was also their first outing in the car.

Unluckiest driver?  We think Mick Johnson of MGJ Engineering, the rally's title sponsor, whose car had driveshaft and differential issues and retired on the very first stage.  However we thank Mick for his ongoing support of the event.

After a cold day we also thank the marshals and organising team for all their hard work to deliver a safe and successful rally. 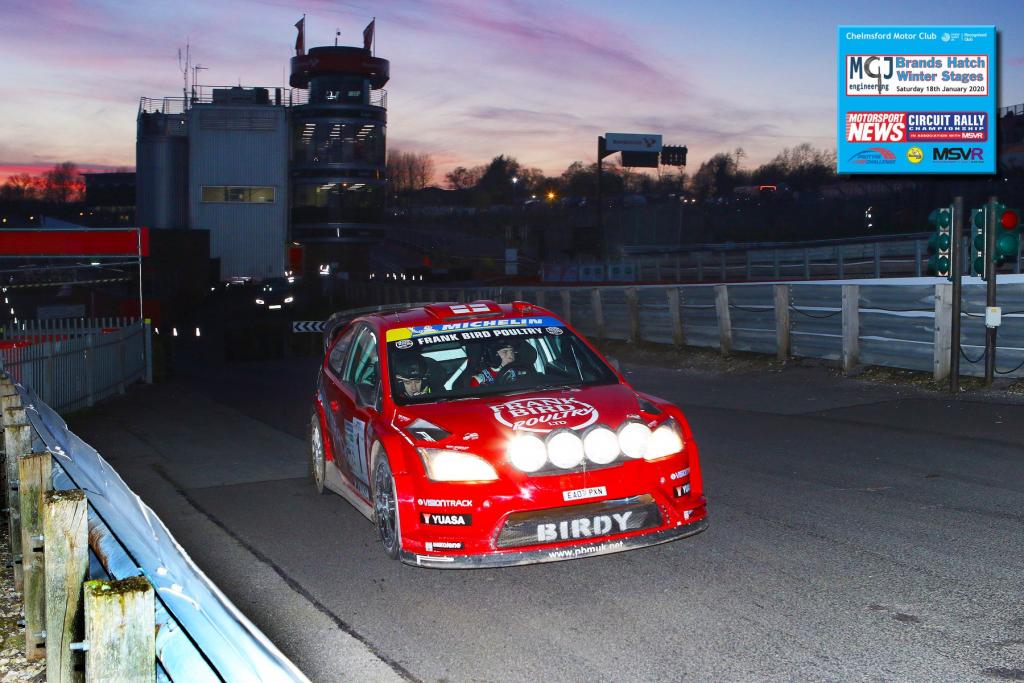 It's a full list of 100 cars headed by the most recent winners of the rally, Frank Bird/Jack Morton.  They are followed by the two drivers tied on points at the head of the MSN Circuit Rally Championship Barry Morris and Neil Roskell. 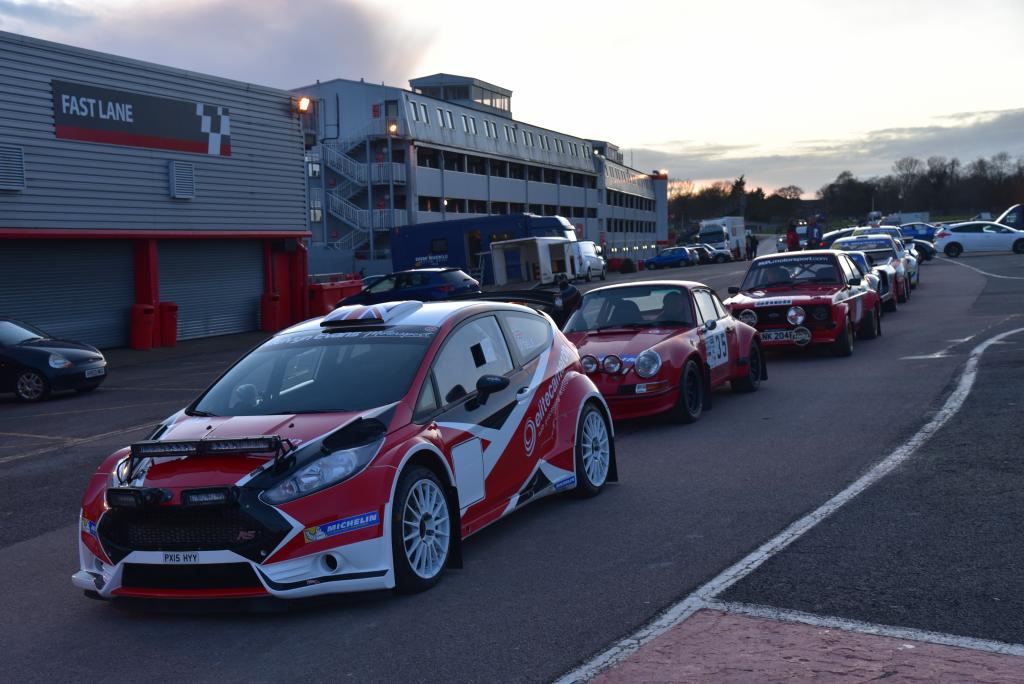 We are looking forward to the event on Saturday 15th January 2022.

There's still time for Spectators to buy advance tickets from the Circuit and we remind our Competitors to complete online signing on and document uploading.

Advance tickets are now on sale from Brands Hatch, who offer a Covid-19 Guarantee.  Click on this link.

Your organising team is continuing its preparations for the rally on 15th January 2022.

The Omicron variant of Coronavirus is a topic in the news each day, with the potential for further Covid restrictions to be brought in.

At this time our plans are unchanged, but we continue to monitor government public health updates and any potential changes to protocols.  We also await any future updates and guidance from Motorsport UK.  Meanwhile we will continue to work with partners including Brands Hatch Circuit to deliver a safe and successful rally.

Advance tickets are now on sale from Brands Hatch who offer a Covid-19 Guarantee.  Click on this link.

The MGJ Engineering Brands Hatch Winter Stages will run on Saturday 15th January 2022 and is scheduled to be the fourth round of the incredibly popular MSN Circuit Rally Championship.

We'll bring you more news about entering the event, marshalling and spectating over the coming months.

Marshal registration is due to open on 1st December 2021 and competitor entries at 19:00 on 9th December.

While the next running of the rally was scheduled for Saturday 16th January 2021, government public health measures placed Brands Hatch, along with all areas of Kent, in the new COVID-19 Tier 4: Stay at Home area from 20th December 2020.

This limits permissible activity within Tier 4 and travel to and from it, affecting competitors and volunteers alike.  The areas subject to Tier 4 restrictions will be expanded further from Boxing Day.

Given there is no realistic expectation of a material improvement before 16th January 2021, the organising team has made the reluctant decision to cancel the rally for 2021.

Competitors will already have received an email detailing how to receive a refund of the entry fee.  There will be a significant workload for our volunteers to process this, which will be done as quickly as possible.

We are very grateful to our competitors, volunteers and sponsors for your commitment to the rally and we look forward to returning to Brands Hatch in the future.